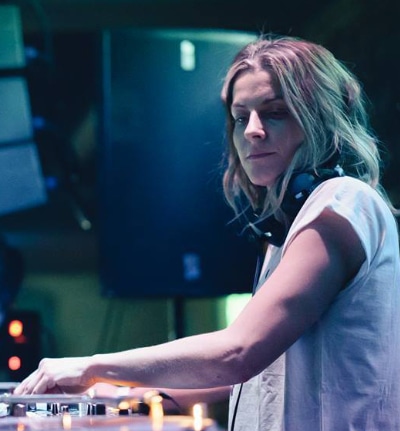 Dj Beaty started DJing in 2004 as a member of MP4 DJ School in Ostrava. Her style consists of mixture of drum and bass, tekno, breakbeat and other genres. She regularly performs in clubs all across the Czech Republic, Slovakia and Poland. She also performed in Dublin, Greek Island Karpathos, Fuerteventura and in motherland of drum and bass - England. During her DJ career she appeared at many legendary events such as Therapy Sessions, Slim Slam Drum, Let it Roll, Break4Beats, DNB Rodeo, etc. and supported international superstars like: Ed Rush, Audio, John B, Fresh, Futurebound, Neonlight, Up Beats, Dieselboy, Dylan, Black Sun Empire, Current Value, Robyn Chaos, The Sect ,Spor, Moving Fusion, Audio, Suwu3, Drumsound, Loxy, Panacea, Shimon, Future Prophecies, Masheen, Ride One etc…
She also likes to play disco-house music, an has a got quite a big collection of vinyls such as Dj Tonka, Groove Armada, Daft Punk etc.
At the beginning of 2011 she has launched her first regular event – Polygamix which intends to continue.
In the same year she started learning the art of music making and producing her own music in Cubase.
In 2013 she joined most prestigious slovak dnb booking agency Trident.
In 2014 she joined well known web DnbPortal as a redactor.