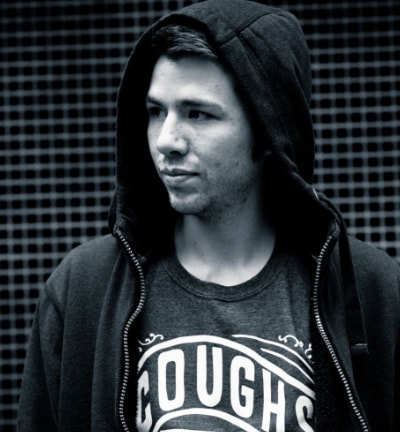 Culprate is a British electronic music producer who has been releasing music on various record labels since 2010. His style is relatively varied but his music was initially synonymous with the underground dubstep movement. Later in his career, specifically with the release of ‘Colours’ and ‘Deliverance’ Culprate also established himself as a household name in the world of IDM. Having not limited himself to a particular genre, Culprate also dabbles in the world of Drum & Bass and has even confessed to being a huge fan of Techno.

Culprate’s most notable partnership is with the UK based Inspected Records. In 2011, Inspected released ‘5 Star’ placing a global spotlight on Culprate’s music for the first time. ‘Nightmares in Reality’ would follow in 2012 succeeded by ‘The Great Expedition’ in 2013. By this time, Culprate would find his music being supported by the likes of Radio 1, Triple J and Rinse FM. After a series of independent releases, Culprate has revisited his partnership with Inspected, releasing ‘Others’ in 2018, to wide critical acclaim.

Culprate has always had a meticulous approach to music production and sound design. In 2016, Culprate began streaming production masterclasses on the Live Streaming platform, Twitch. As his audience grew, we saw the birth of Culprate’s very own record label, Open Outlets, designed to mirror Culprate’s own career in supporting a varied degree of electronic styles and musical production from across the world.

Recently, the news has surfaced that Culprate will be performing in the USA for the first time in 2019. It’s also rumoured that a third IDM inspired album is in the works. The truth is that it appears only Culprate knows exactly what the future holds. From what we’ve heard already, we know it’ll be good…