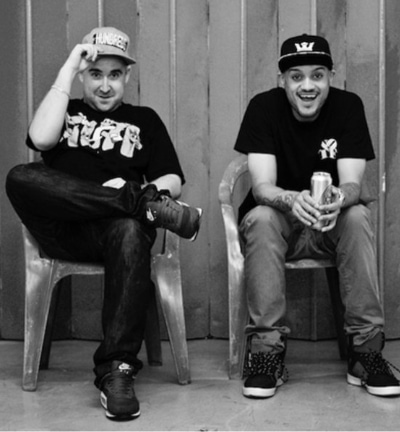 Dub Phizix is the Manchester based Drum and Bass producer George Ovens. Dub Phizix began his obsession with music over 20 years ago when he was just someone who annoyed the neighbours. Forward to today and Dub Phizix has released music on high profile and respected labels such as Exit, Soul:R, Critical, Samurai Music, Commercial Suicide, Dispatch and Ingredients with Mixmag calling his music 'Essential material'.

People love MC Strategy. Raised on the Costa Del Salford and honing his craft in some of Manchester’s most notorious nightclubs, STraTS has made contributions right across the board when it comes to UK music. The track 'Marka' with long-time collaborator Dub Phizix, and Skeptical, was the biggest 170bpm anthem in years, championed by the likes of Sir David Rodigan, Mista Jam, Friction, Goldie, and many more.