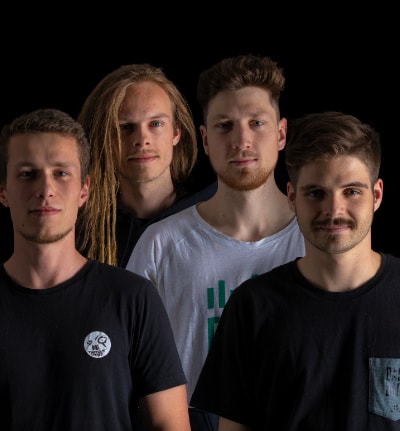 Furious Freaks project was established in summer 2012 and turned its attention mainly to drum&bass and d&b subgenres. Since spring 2013 its members Bonduel, Just Flyp, Hayppa and Avenues play in clubs around Prague and try to spread their music all across the Czech Republic. During summer 2013 club performing became quite usual but still a special thing for these four guys. In September 2013 they started to cooperate with a multi-genre project Bass Drop which turned out to be very prosperous for both of them. Together and as a drum&bass part of Bass Drop, they try to bring the most interesting events with the most actual line-up. In 2014 Furious Freaks started performing also abroad. First in Slovakia and Austria and during 2015 even in Spain or Poland.

They also managed to perform on events like Let It Roll, Rock For People, Winter Arena or Cross Festival which really fulfilled their ambitions and even beat their expectations.

In 2015 Furious Freaks started focusing themselves mainly on music production thanks to which they managed to release their first EP called Born in Acid. In autumn 2016 they started cooperating with BNCexpress label where their second EP Ravens was also released, followed by another one – Sonar Cave EP – in February 2017.

From their performance, you can expect nothing else than a perfectly chosen selection, dynamic mixes of all subgenres and a massive hype of four freaks behind the decks.