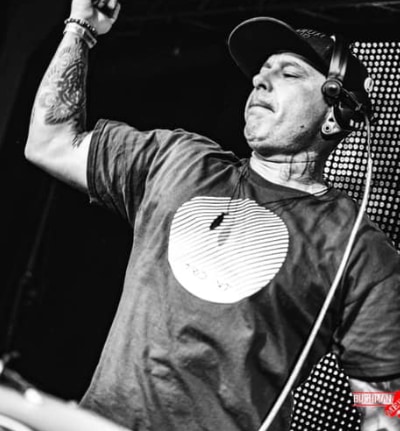 Kato plays drum and bass since 1998, after the beginnings on his resident local parties with house DJ Cheeba, he became a member of the group Drumatique in year 2000. Immediately after that he appeared on the biggest Slovak festival “Pohoda”, followed by playing in most Czech and Slovak clubs, the better-known local parties but also on events in neighboring Austria and Ireland …

In the year 2002, he starts to co-organize party in his hometown Partizánske called [[[TRIDENT, which has over time become one of the most popular drum and bass events, bringing the world's biggest names. Currently it’s the oldest regularly-functioning party in Slovakia, not losing its popularity even after so many years! [[[TRIDENT thus transformed into a more known mark of the scene and along their own DJ bookings it organizes subsidiary parties everywhere around, and even more important open air events: LET IT ROLL Slovakia OA, Solid OA, OA Trilogic, LET IT ROLL Slovakia * winter edition *

Kato’s bag always holds fresh news, which he happily mixes in his fresh sets. He’s also known for common accompaniment of various MCs, with whom among, the closest relationship is with the courteous Ostrava Mc Tweety Twizta that appears in his gigs more and more.

Currently, KATO pushes his artistic value of performances even further as the new exclusive project is born. DJ sets, escorted by live percussion from drummer named ZUBO which are filled with unbelievable energy, that’s “Katoclysma”.