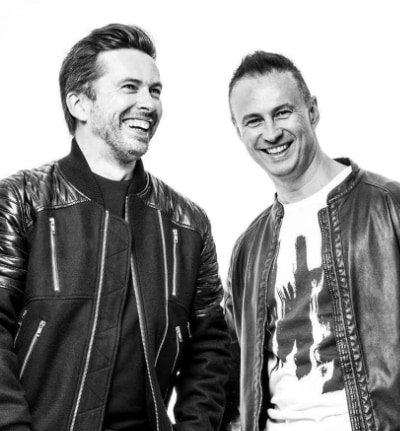 Matrix & Futurebound need little introduction, both having had illustrious careers in their own right. Matrix first broke through with his slick techno infused classic, ‘Sleepwalk’ album on Virus Recordings, later scoring chart acclaim under his house pseudonym ‘Goldtrix’ with the hit, ‘It’s Love Trippin’ (#6 in UK singles chart, 2002), as well as running his own Metro Recordings imprint.

Meanwhile, Futurebound had early success on labels such as Moving Shadow, Infrared and Timeless before launching his own label, Viper Recordings in 2004, now recognized as a powerhouse in the bass music scene.