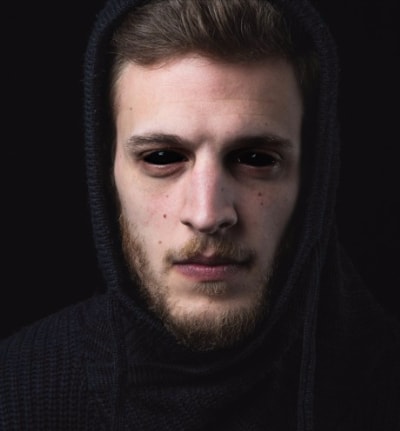 MERIKAN has stepped into 2017 with the pressing intensity of an artist set to break into the scene in a significant way. Injecting the start of the year with pure adrenaline in the form of brutal END OF LINE on BLACKOUT MUSIC NL, things are only set to switch up further with further tracks rumoured for Blackout including a collaboration with tech titan Disprove, as well a hard-hitting slice of aggressive tech in the form or an EP on PRSPCT. With his joining the heavy METHLAB AGENCY roster, and material slated for METHLAB RECORDINGS and TERMINAL, his place in the uncompromising end of intricate but slamming tech is assured.

He discovered his passion for D&B in 2011 and immediately enrolled in a music production & technology course at Point Blank in London, crossing paths with Disprove and Cruk during his time in the city and cementing friendships that would go on to become the basis of collaboration. Early releases included FLIPSIDE on Disturbed Recordings and the Metamorphosis EP on Close2Death Recordings. Cut to the present day, and Merikan’s technical accomplishment as a producer is clear, with a stack of releases ready or in preparation for some of the most exciting labels of the present. Expect MERIKAN to be a name increasingly whispered in the hushed tones of excitement throughout the year.