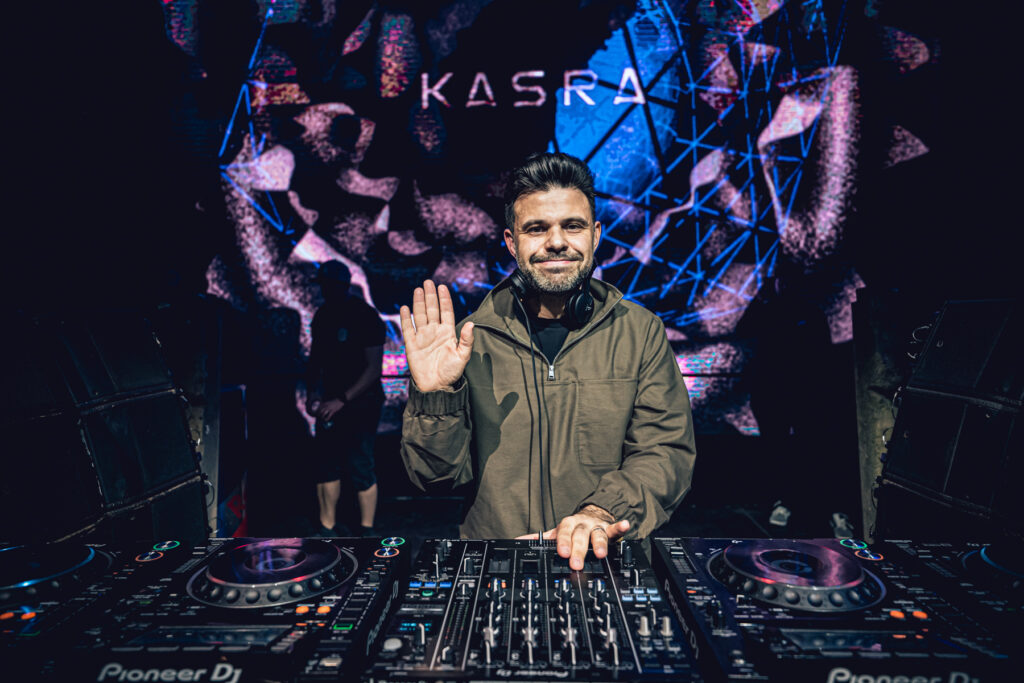 In just a couple of days now, the recording of Critical Music label boss Kasra’s set from Let It Roll 2022 is going live. We caught up with him to talk about 20 years of his label, his favorite Let It Roll memories and more…

Hi Kasra, we hope you’re well! What have you been up to lately?

Hi, I’m good. It’s been a mad few months (well year) what with our 20th birthday celebrations, label work, making music, helping the artists with their music, DJing, being a dad and a husband. Wouldn’t change it for anything though!

As we can now relive your set from Let It Roll 2022, how do you feel about that one? Any particular moments coming to mind when you look back to that set or the festival in general this year?

I always love being at LIR and this year was no different. It’s also particularly special when we host a stage.

Coincidentally enough, both Critical Music and Let It Roll are celebrating their 20th anniversary this year. You’ve gone to release a packed VA compilation earlier this year, brought the label nights all around Europe and you’ve also had a very special gathering in March, taking over the iconic Printworks venue. So first of all, did you expect anything like this when you’ve first started the label back in 2002?

No way, haha. I started the label as a hobby. It was just something to be involved in a scene I loved. I had no idea it would last this long / take over my life.

Also is there any other milestone you were hoping to reach this year, label or event-wise?

This year will also see our 200th release, which certainly feels like a milestone.

With 20 years running the label, there are loads of unforgettable moments and stories, and you’ve been sharing some of these on social media when reminiscing of the label’s back catalogue classic. Is there any document in the making perhaps, have you thought about putting all these tiny bits and pieces together to create something bigger?

We have a plan for something to come together but it will most likely come next year now.

While we’re on the subject of stories and memories, let’s talk Let It Roll for a moment. You’ve been coming down to perform there quite frequently for 10 years now (2012 being your first year), what’s the most memorable moment out of these for you? And don’t say it’s the visuals typo from 2019 😀

Haha, that visual typo was special! I think our first stage was truly memorable for me, it was the first time we had done anything like that and I’ll always be grateful to the festival for that chance.

We know these are always a really tough questions to answer, but here goes – if you had to pick just one Critical release to keep forever, which one would that be?

That’s really tough, I’ll say CRIT001 so im not biased towards anyone, haha.

Critical has pretty much always been at the forefront when it comes to featuring forward thinking stuff within the realms of Drum & Bass, be it the music from the likes of Rockwell, Ivy Lab, Mefjus, QZB and many more. Also for many years now, you’ve been setting the trends, especially when it comes to the Deep and Techy stuff, or, sticking to your vocabulary, underground sonics in general.  But let’s go broader, which producers outside of the Critical family do you find promising in Drum & Bass right now?

In terms of the more established producers my go to guys are Break, Workforce, Skeptical. Newer acts I’m following are Visla and Circumference.

For a very long time you were focusing on running the imprint, on rare occasions you’ve collaborated with some producers releasing on the label, but over the past couple of years you’ve also ventured into the realms of your career as a stand-alone artist, too. How is the journey going so far for you?

I’m really enjoying it. I do struggle to find time to make music but I’ll go for long periods hating everything then suddenly have a short but sweet run where I’ll get 5 tunes I like done. I’ve found it really beneficial to also understand more of what it’s like to be releasing music – in terms of an artists feelings and emotions around their music going into the world. Us Critical acts are sensitive souls.

After putting out a couple of singles and EPs and also releasing a joint album with Enei around this time last year, can we also expect to see you putting out a solo album anytime soon?

Not yet, I have a bunch of music lined up but not an album. Never say never though!

Taking care of the label, composing, playing shows pretty much week in week out, you’re quite a busy man. Who’s Kasra and what is he doing outside of the music world? We know you’re married and you also have a super cute dog, but that’s about it 🙂

I try to spend as much time with my wife, son and our dog as well as see my friends, watch football, cook. The usual things we all like to do.

Last, but not least, let’s have a quick shootout! Summer or winter?

The first or the second decade of Critical Music?

Thank you so much for your time and we’re looking forward to meeting again soon! 🙂