Introducing the Ambassador Programme for 2022

Let It Roll is starting to write a new chapter in 2022, and with the 20th anniversary of the brand as well as the return of the festival in its previous full-scale glory, there are some exciting news to share. One of those is a brand new ambassador program bringing in a collaboration with chosen artists who are becoming the “faces” of this year’s festival. For 2022, these artists are the popular British duo KOVEN and the Ukrainian-Russian neurofunk trio TEDDY KILLERZ!

And what exactly is that ambassador program? Let’s make an introduction!

The program is comprised of a couple of various parts. Aside from the aforementioned artists representing the festival this year, there’s a lot more important things to look forward to when It comes to the ambassador program. For many fans alike, the infamous Opening Show which sets off the whole festival, is the highlight of their experience. And the music for this year’s Opening Show is being composed by none other than KOVEN and TEDDY KILLERZ, as well as RIDO. We’re about to get treated by one track from each of the artists in the show itself, and based on the behind the scene information, we’re in for something brand new when it comes to this year’s Opening Show.

Another important point in the ambassador program is the festival merchandise. Some very special pieces of clothing, symbolizing the union of the artists with the festival, are coming together as we speak in cooperation with KOVEN and TEDDY KILLERZ. Those will only be available at the festival itself, so make sure you’ll get your pick once you’re there.

And since it’s a premiere of the whole concept, there are videos being made about the program itself with the artists, taking the fans one step closer to the program, the artists, the creation of the Opening Show and the festival itself.

The British duo KOVEN are regarded to be one of the most popular Drum & Bass acts as of late, not just in the Czech Republic. Their heavy dancefloor sound, songs full of dreamy vocals and high octane live shows including live singing have brought thousands of fans from all around the world their way.

The Ukrainian-Russian project TEDDY KILLERZ is at a forefront of the harder Neurofunk subgenre, and aside from Drum & Bass, the guys have also ventured into the waters of numerous other genres of electronic music. Thanks to their varied sound they’ve also worked with and released at a couple of overseas artists/labels.

The Czech producer RIDO has been setting the bar for the local Drum & Bass production standard, his artistic qualities far exceed the boundaries of not the genre alone, but music as a whole. Hence why he’s the best choice possible when it comes to directing the whole Opening Show, not only music-wise, but also visually.

In the upcoming days you can look forward to the more specific information about both the ambassadors as well as all the points mentioned above, on which they are currently working on. Keep your eyes peeled at the festival’s social media profiles in order not to miss anything! 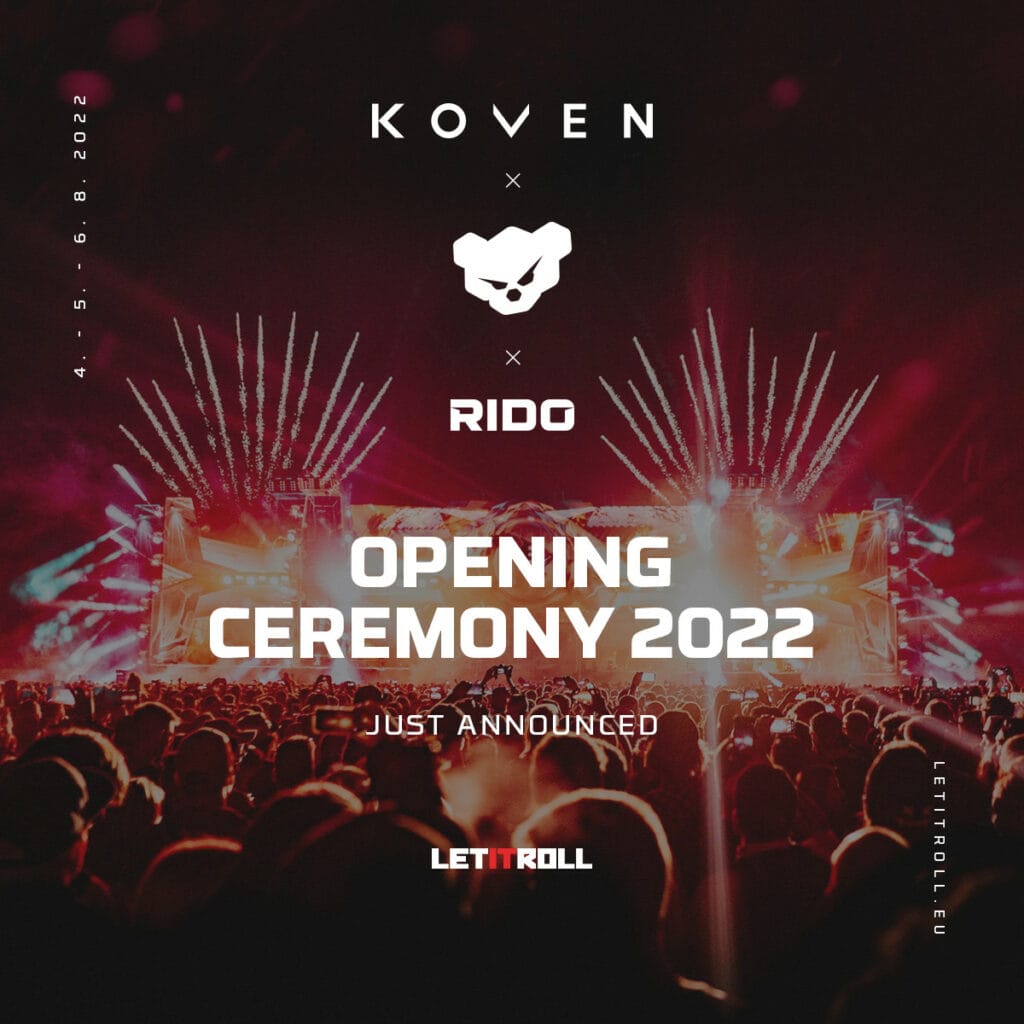