Let It Roll On Tour 2020 "The Renegade Show" to kick off in Ostrava and Amsterdam!

Let It Roll On Tour 2020 “The Renegade Show” to kick off in Ostrava and Amsterdam!

Let It Roll On Tour 2020 “The Renegade Show” to kick off in Ostrava and Amsterdam!

Let It Roll On Tour is back with a brand new "The Renegade show". As usual, the first one will take place in April in the industrial city of Ostrava. The next stop will be in May, some two weeks later, in Amsterdam’s popular drum’n’bass venue Melkweg. Are you wondering what the mysterious name, “The Renegade”, is all about? Stay tuned and witness the birth of a new hero, who has the courage to do things his way.

The most recent chapter of Let It Roll On Tour is a story of breaking free. As the robots travel across the vast space in search of a new home, one of them, The Renegade, realizes that he does not want to follow the others, let alone settle down. Instead, he sets out on his own on an adventurous journey of discovery across faraway galaxies. Luckily, the stops on his journey include Ostrava and Amsterdam, both with a brand new stage design and stellar line-ups!

The highlight of the seventh edition of Let It Roll On Tour in Ostrava, which is to be held in the unique industrial venue of Trojhalí Karolina, is definitely the legendary Dutch trio Noisia. Since these three producers have recently announced that they will split up at the end of 2020, this may be your last chance to hear them live! The rest of the line-up is worthy of your attention too and will include Culture Shock, Imanu, Muzzy, and Neonlight. 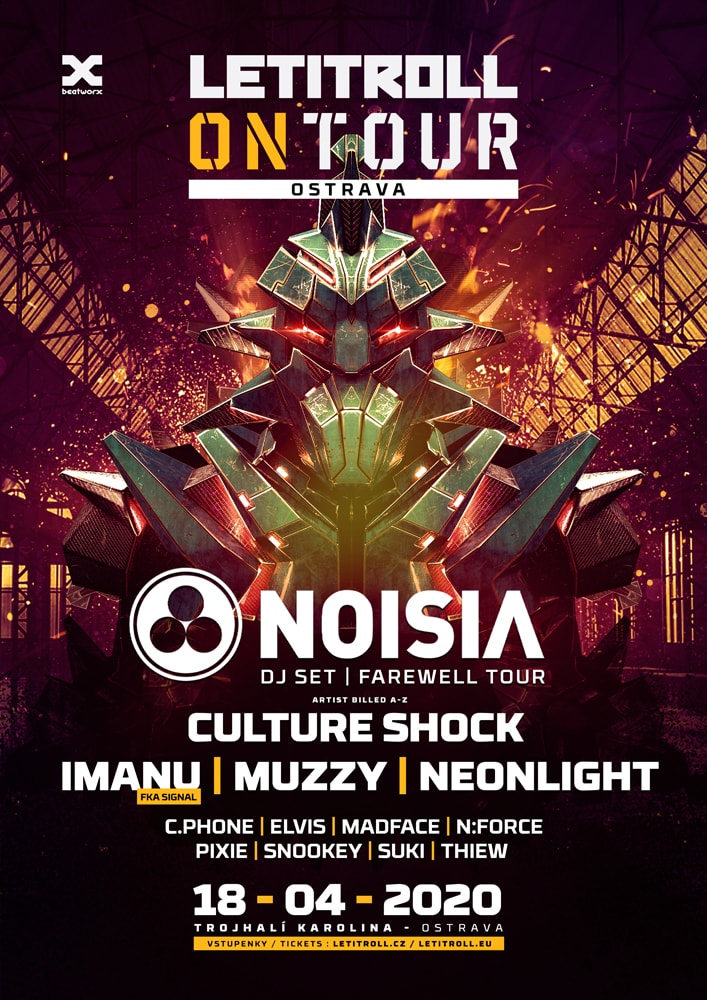 Two weeks later, The Renegade will be wreaking havoc in the Dutch capital Amsterdam. Expect a spectacular show headlined by the drum’n’bass superstar Dimension! 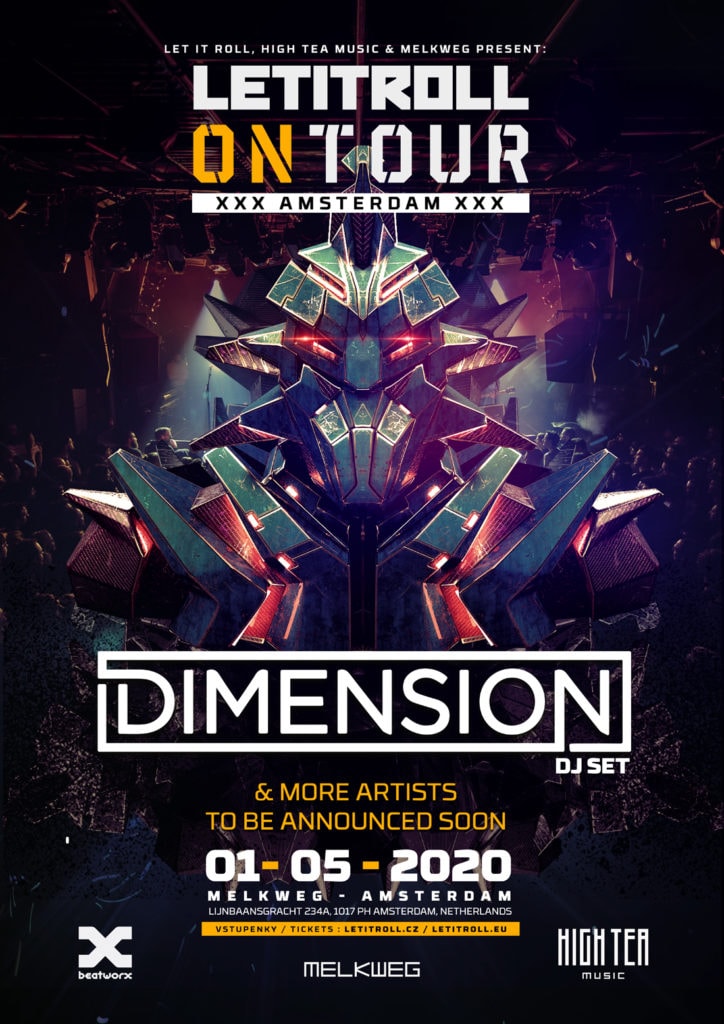