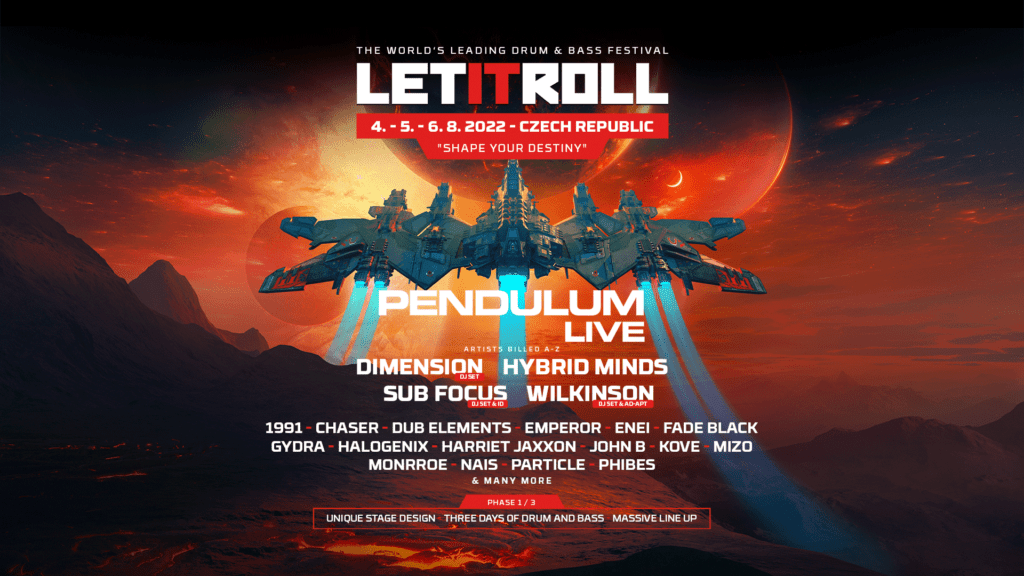 Autumn’s in full force, the leaves are falling, sunlight is rare and most of the time it’s pouring, so we’re looking forward to the upcoming summer already. As it’s getting closer day by day, we’ve decided to give you a little taste of what’s to come. Immortalz, behold the first phase of Let It Roll 2022 lineup is here!

Joining the already announced headliner of the festival, Pendulum LIVE band, and the kings of all things emotional and masters of sing-alongs Hybrid Minds, we’re adding more shining stars of the Drum & Bass galaxy, as our old regulars meet the young bloods.

We’re setting our sights towards the performances of the 3 most notable producers of the contemporary dancefloor Drum & Bass, Dimension, Sub Focus and Wilkinson. They’re bringing in their signature fierce DJ sets. Dimension is just a few months fresh off releasing his debut album full of dancefloor weapons, Wilkinson is finishing his third solo album “Cognition” as we speak and prepares a brand new show for its release early next year. And Sub Focus? He’s staying silent for the moment, but we know he has some aces up his sleeve ready to take over the festival season with.

We can’t wait to see 1991 perform, too, just last week we got to hear his first single “Odyssey” from his upcoming debut album. More bangers are going to get served by one of the technically most gifted ladies behind the decks Harriet Jaxxon or the person responsible for Let It Roll 2020 Winter’s Opening Show anthem, Kove. A hefty expedition from the Ukraine and Russia is making their way from to Let It Roll 2022 as well – ChaseR, Enei, Gydra, Mizo and Nais. Another thing these guys have in common is they their shared love for the more agressive and darker sound, so things are definitely gonna get heated when they get behind the decks.

Do you hear the distant roaring? Dub Elements, Emperor, Fade Black and Particle are already preparing their artillery of heavy bass lines which will make the ground beneath our feet shake.

An extra serving of that heavy base will come from Halogenix and Monrroe, too, they will add some melancholic vibes on top though. John B, one of the legendary figures of the genre is making his way back to Let It Roll, too. And as far as the premieres go, we’ve got the popular British jump-up duo Phibes joining the parade as well.

Join us on our interstellar trip and while you’re waiting for the take off, get familiar with the crew in this Spotify playlist. It’s T-10, now are you ready for ignition? Get your boarding tickets in pre-sale here. 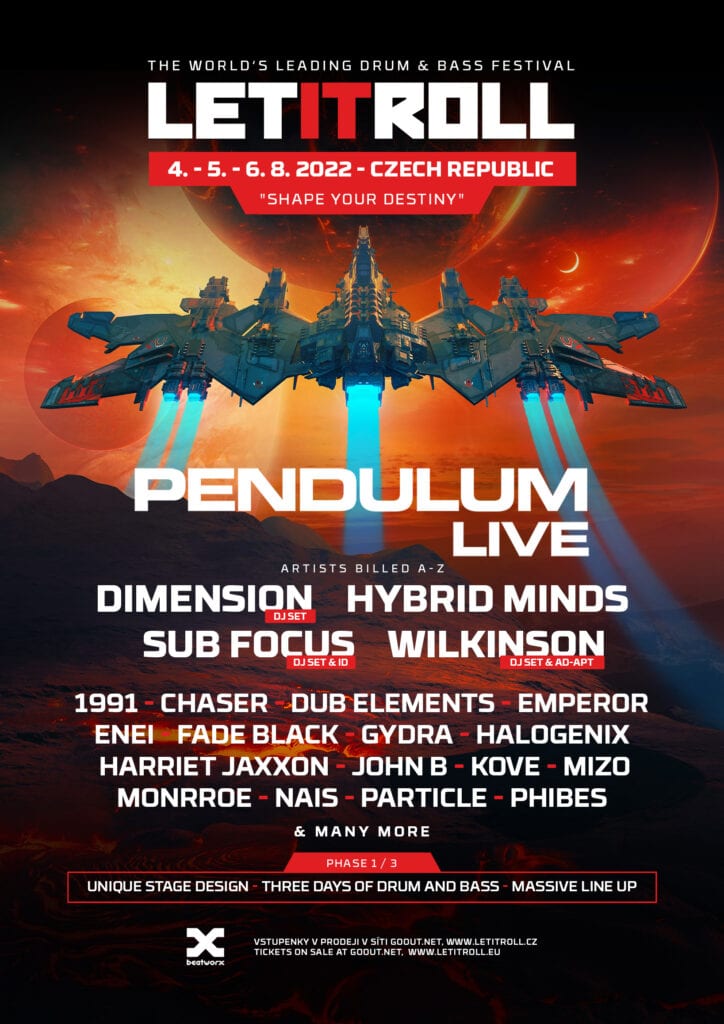